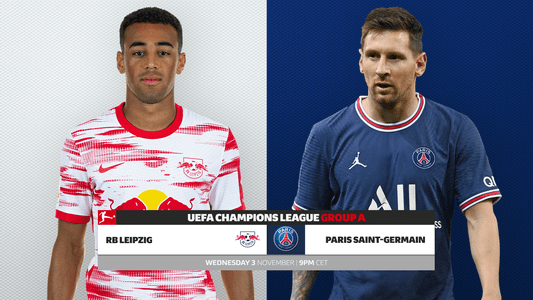 USA international Tyler Adams is back in the starting XI as RB Leipzig host a Lionel Messi-less Paris Saint-Germain in UEFA Champions League Group A on Wednesday (kick-off: 9pm CET).

As it happened!
THAT'S ALL; FOLKS!

The final whistle blows and the points are shared on the night. The result means that RB Leipzig will not progress in this year's Champions League. The Europa League remains a possibility as their European dreams continue, albeit with a different flavour.

We're into the last minute of added time. One more goal? 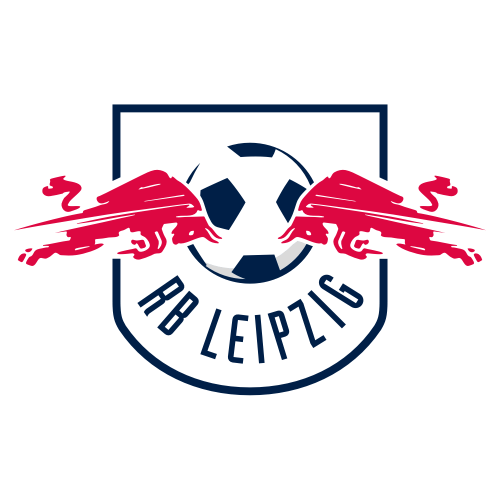 Donnarumma goes the right way but even the giant keeper can't get to Dominik Szoboszlai's shot.

The referee points to the spot!

The referee wants another look as the RB players are appealing for a penalty for a foul from Presnel Kimpembe...

FREE KICK IN A DANGEROUS AREA

Hakimi is lying down behind the wall as Nkunku takes aim just outside the area. Ultimately, his shot hits the wall and bounces out for a corner.

Mbappe needs just a yard and he is past his marker down the left. He gets the ball to Neymar, but his shot is deflected and Gulasci gathers easily.

The Red Bulls have a corner and Angelino and Szoboszlai combine to put in a high cross that doesn't trouble the players in blue. They'll have to push a bit harder than that.

Can RB Leipzig produce something special to come up with two late goals?

Another change for RB Leipzig as Dani Olmo comes on for Tyler Adams. The Red Bulls are now going all out in attack with 15 minutes to save their Champions League campaign.

Substitute Dominik Szoboszlai nearly gets one of those two goals after RB break well. His shot goes just wide of Donnarumma's right post.

Simacan goes into the referee's book, but the alternative was to allow PSG to break at speed following a Leipzig corner. The home side have 20 minutes to find two goals.

HAKIMI DOWN THE RIGHT

Leipzig are aware of what Achraf Hakimi can do, but they nearly got a reminder as the former Dortmund man uses his pace to drive down the right flank. He can't manage to get through, but the threat is ever present.

The whole stadium holds its breath as Mbappe races towards goal with the ball at his feet. Only when Gulasci once again parries do the fans breathe again.

Jesse Marsch has decided that it's time to ring the changes up front. Silva hasn't done much of note since the missed penalty and Poulsen comes on as his replacement. Forsberg has been lively, but Dominik Szoboszlai now has a chance to show what he can do.

SCRAMBLE IN THE BOX

Leipzig are fighting to find a way through. Laimer runs into the box but can't get a shot away. PSG can only get it out as far as Gvardiol, who powers in a shot that hits a mass of bodies and comes to nothing.

Leipzig are almost made to pay for the turnover as PSG are immediately on the front foot. They move ultimately comes to nothing as Mbappe shoots well wide.

Leipzig force a turnover and nearly have a 3-on-2 in PSG territory. The French defenders scramble and get the ball away, however.

GULASCI STICKS OUT A LEG

Angel di Maria bursts free and is all alone, one-on-one with the keeper. Peter Gulasci keeps his nerve and sends the ball wide with his left leg.

Leipzig need all three points to keep their hopes of progressing in the Champions League alive.

We're back for the second half. Jesse Marsch has decided to make a change and brings on Amadou Haidara for birthday boy Willi Orban.

THREE GOALS; A SAVED PENALTY; WHAT MORE DO YOU WANT?

The first half was full of excitement and drama. RB Leipzig looked excellent in the opening stages and deservedly led through Nkunku's header. Silva probably should have done better from the penalty spot. Wijnaldum scored his first goal for his new club thanks to a lovely Mbappe pass, and then he followed it up with his second. Leipzig have the quality to get back into the match. Will they manage it in the second half?

The whistle blows and the teams make their way to the tunnel.

PSG have a corner deep into stoppage time. In the end, Gulasci calmly grabs Neymar's cross out of the air.

MBAPPE AWAY! GULASCI EQUAL TO IT

Mbappe races away past the RB Leipzig defence and bears down on goal. His shot looks dangerous, but Peter Gulasci tips it over.

SEARCHING FOR AN EQUALISER

RB Leipzig are refusing to let their heads drop after the setback and are still probing for a way past the PSG defenders to restore parity.

Wijnaldum has now scored his second-ever goal for PSG. The visitors win a corner, which loops into the area onto the head of Marquinhos, who heads it on to Wijnaldum, who heads past Gulasci. The goal is initially ruled out for offside, but then given after consultation with VAR.

RB seem to be favouring the right flank for their attacking forays. PSG defend well, but the Red Bulls have a corner...

The RB Leipzig coach is showing his passion and is reprimanded for it by the referee.

WIJNALDUM OFF THE MARK

The former Liverpool midfielder has opened his account for PSG.

Christopher Nkunku is having an impressive outing against his former club.

ADAMS IN THE BOOK

Tyler Adams has his name taken for a strong coming together with Angel di Maria.

PSG are back on level terms thanks to ex-Liverpool man Georginio Wijnaldum. The ball comes through to Mbappe down the left and he coolly plays a slide rule pass back across goal. Wijnaldum could make no mistake and sidefoots it into the net.

Leipzig are paling pinball as they go forward. An exchange of passes gives Nkunku a chance to shoot and he goes close, though the ball sails over the bar.

A ball from deep over the top falls into the path of Mbappe, who is ready to go. Luckily for the fans in the stadium, the flag goes up for offside.

Laimer almost makes up for the missed penalty with a shot that is just off the mark. RB Leipzig are up for this one and look able to score with every attack.

Silva's penalty is not the best and Donnarumma dives to his right to parry it easily.

They could make it two here! Silva is judged to have been fouled in the area and the referee points to the spot!

The home side have done it! Jesse Marsch's men take an early lead through a perfectly-placed Christopher Nkunku header after an excellent cross from André Silva.

FORSBERG WITH A SHOT

The Red Bulls push through and get the ball into a dangerous area. Emil Forsberg shapes to shoot well, but he can't get full power on it and Donnarumma gathers well.

PSG are pressing a lot, but Leipzig aren't overawed and manage to move the ball well through the centre. They get it out up the right flank, but the attack doesn't quite come off.

Leipzig start with an early attack and put Donnarumma under immediate pressure. The Italy keeper manages to keep the ball out, and the flag was up for offside, but he'll be breathing a sigh of relief after that one.

The match is underway!

The RB Arena is a sight to behold with everyone on their feet, calling out the names on the teamsheet. Only five minutes to go...

ADAMS IN; MESSI OUT

USA international Tyler Adams is back in the centre of the park for Leipzig, and he won't have to contend with the menace of Lionel Messi, who is out with a hamstring injury.

AS ARE THE VISITORS!

LEIPZIG ARE READY TO GO!

HALF AN HOUR TILL KICK-OFF

Adams started Leipzig's 3-2 defeat in Paris and their DFB Cup second-round win over fourth-tier Babelsberg, but has been used rather more sparingly in this season's Bundesliga. The USMNT midfielder didn't make it off the bench in the 1-1 draw with Eintracht Frankfurt on Saturday, but with head coach Jesse Marsch's rotation policy- as well as Adams' bite - it's fair to assume he will be involved from the get-go on Champions League Matchday 4. Striker Andre Silva was on target in the reverse fixture and starts this time around, as well. Emil Forsberg is preferred to Dominik Szoboszlai in an attacking role alongside PSG-reared Christopher Nkunku, meanwhile, as Leipzig chase the win needed to keep their knock-out qualification hopes alive.

Messi misses out with hamstring and knee injuries picked up in last Friday's 2-1 win over French champions Lille. The Argentine was PSG's get-of-of-jail-free card last time, scoring twice in the second half as the 2020/21 Champions League runners-up hit back from 2-1 down to extend their unbeaten start to the group stage. Still, Leipzig were desperately unlucky not to be two or three goals up at half-time, and clearly rattled the French giants. The Parisians were subsequently held to a goalless draw by Marseille - a game in which former Borussia Dortmund full-back Achraf Hakimi was sent off - and needed another pair of late goals to see off Lille at the weekend. And while Neymar has returned from injury after sitting out the previous encounter, influential central midfielders Marco Verratti and Leandro Paredes, as well as four-time Champions League-winning defender Sergio Ramos, join Messi on the sidelines.

Watch: Nkunku, made in Paris, blossoming for Leipzig